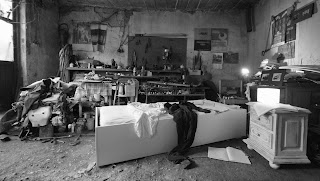 is an intermediate artistic research project produced in the period of three years - between 2007-2010 and then realized as an exhibition and materialised as a book.
The projects goal is to, above all, pose questions to the meaning of art today and to explore meanings of terms medium, artistic process and to explore the correlation between the artistic act and the reality in itself.
Project's aim is also to deconstruct the categories of identity or to be more specific, questions of gender and sex roles.

Foundation of this work is based on a personal decision to do a professional retraining to become a car mechanic as a graduate work on the Fine Art Academy.  This, what is to be seen as a new qualification, was marked by an enrolment in the auto-mechanic high school.  The  final outcome was receiving a degree, in 2007, on car mechanics, but in a male gender form.
In 2008, the law on gender equality in Croatia was changed, so all legal documents has to refer to the gender of the person who is receiving it.

The proposed work is composed of the segments  that will be closely looked at the continuation. All of them define the process itself  whether as a performative act or as a  documentation of a specific process of transformation.

installation, variable dimensions
motorcycle equipment, road sign, calendar, computer with an active web site
In car repair shop, women are usually positioned naked, on calendars. I started learning how to drive a bike and wrote about it on a blog. As a member of internet motorcycle forums, I got suggestions about profoundly male locations which became my driving destinations- documented as photographs, and combined in a form of a calendar. 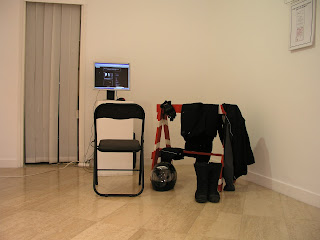 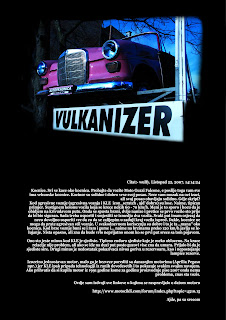 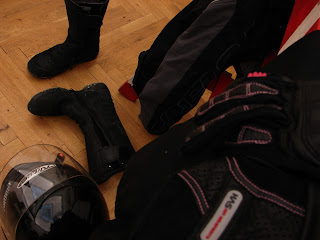 Bed serves as an element of intimacy in which one can express the “dirtiest” wants, in this case knowledge, with no present gender degradation.
As in that time, I couldn't get my title in female gender. So, that particular knowledge is, from the point of view of the state and the society- for male gender only.
The title “Defloration” comes from my personal belief in the uncompleted structure of my identity prior to gaining the knowledge on auto-mechanics. 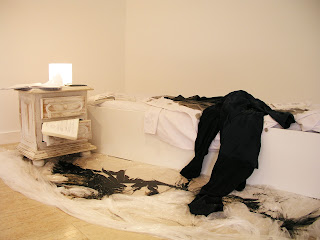 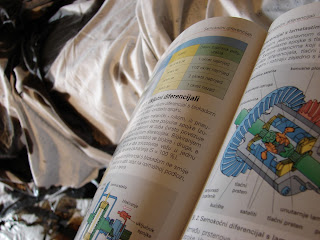 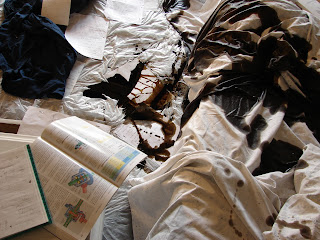 Title of the work, that is the book itself, is “Suck, Squeeze, Bang, Blow” .
These four words are colloquially used to signify the four strokes of a four stroke engine, but they also signify sexual acts, all of which are performed on a man or imply male sexual pleasure. The title introduces into the discourse the element of language as crucial for learning and acquiring new knowledge. If this element is gender-biased or, as it was in this case, excludes women altogether, we are faced with an enormous problem because language is the first and basic medium for the transference of knowledge. Mechanics as a discipline abounds with principles that seem to have been cut and pasted from the sexual. Naming, writing and speaking in this way only spreads the terminology of male superiority. 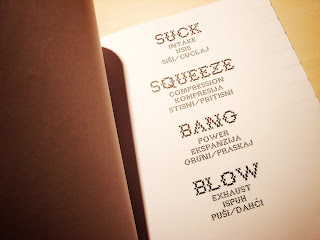 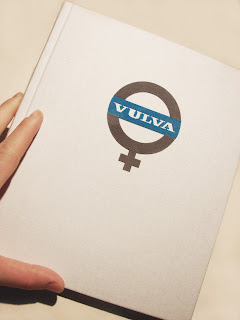 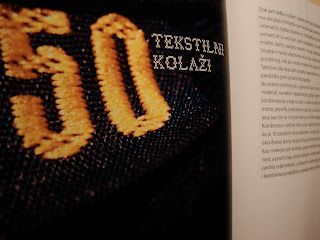 textile and photographs on wood,

The textile collages present a typically female activity, one which I’ve practised since my early childhood and which was passed on to me by my mother. The photographs taken during my practise at the Volvo service served as a template. They are rather intimate and dark, especially when contrasted with the usual way of presenting mechanical elements - always clear, precise, open and bright. The textile collages present the fusing of that which is gender imprinted on me and that which is unavailable to me because of my gender. 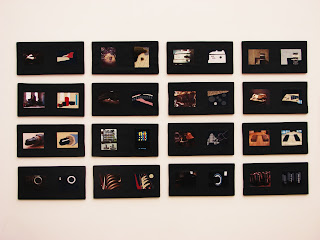 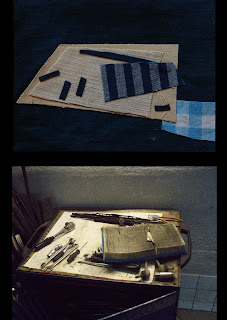 21 pieces,
dimensions variable, depending on number of pieces displayed
Work includes documents I got for my car and motorcycle driving licence school, high school retraining program papers and Volvo car repair service papers. Not one of them (21 all together) addresses me as a woman. 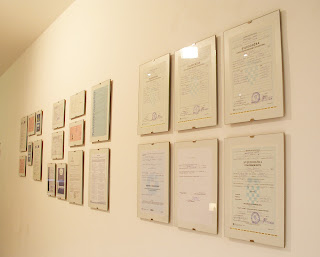 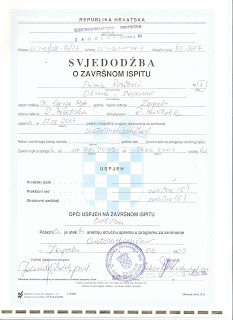 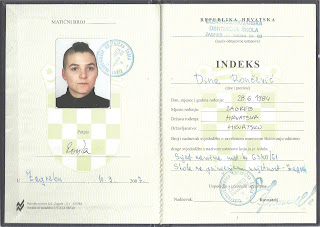 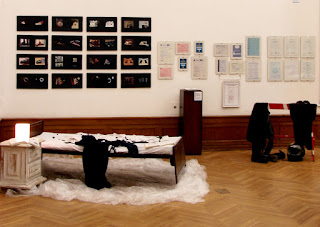 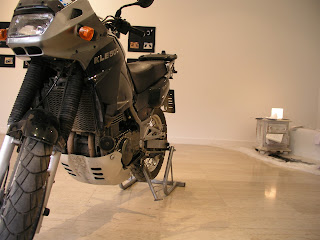 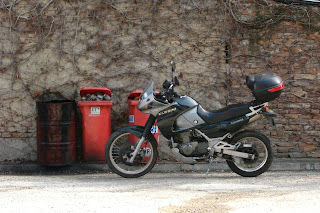