MY BEARS, MY BONES, MY TEETH

A theatrical research made within the Fraslab program in Frascati theatre, Amsterdam.
A continuation of my Eating Dirt research, in which I am exploring human relation to environment. In this case, I focused on dirt itself.
A performance about environment and humanity, a daymare about the urge to be enveloped.


Three bears were coming from behind. They were elegant and tall. Slowly, one of them spoke in a clear voice: ‘You should beware, because you are not taking good care of the bones of the animals you eat.’ 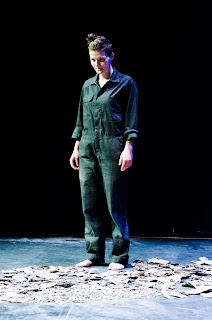 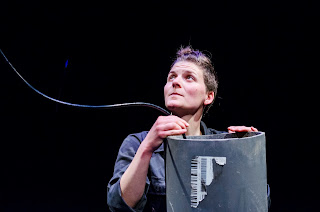 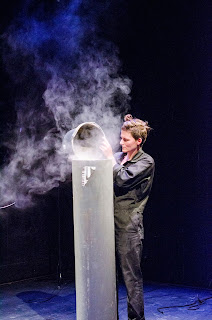 COULD I JUST... HAVE SOME TIME TO THINK?


A presentation in Frascati theatre, produced as a part of Changing places program. In the beginning, I was introduced to Kamers met kansen (rooms with chances), a social organisation in Amsterdam that accommodates youngsters between 18 and 26 years of age. After many failed attempts of trying to get to know them and to work with them, I finally gave in, took my canvas and started painting in one of their apartments. That is also what created conditions for a conversation to start..

Below: some of the material produced during research and shown during the presentation. 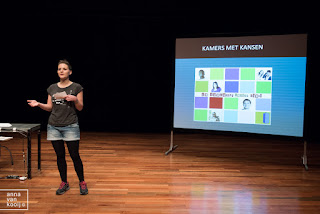 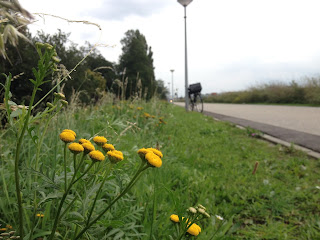 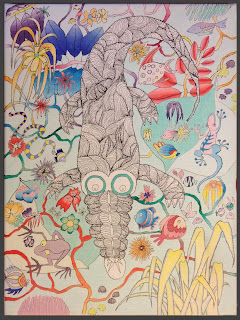 The work “Orgasms” was made in June 2012 in a restaurant wagon on a train trip from Zagreb to Paris. Project name was “Simplon Express - the return” and it related to the project made in 1989, on a train ride, which also included artists interventions.
17 artists from Croatia and France participated by making art interventions during the ride in 2012.

Close to midnight, I put my dress on, went to the restaurant in the train and I started flexing my muscles.

What I see as an act of power in this work is the invisibility that I can use to enjoy myself, to enjoy the female body - fully dressed in a packed restaurant wagon of a moving train.
Also, the fact that many women don´t know of the possibility to have an orgasm in such a discrete manner seemed fascinating and significant to me, so I decided to make a public work out of it. 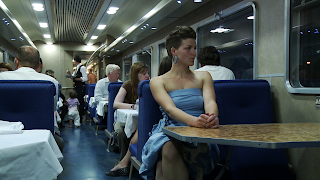 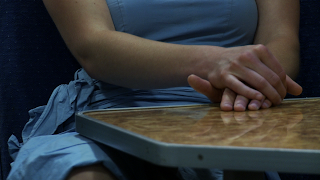 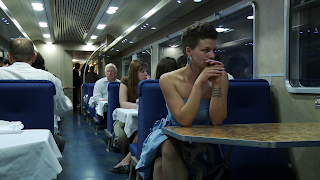